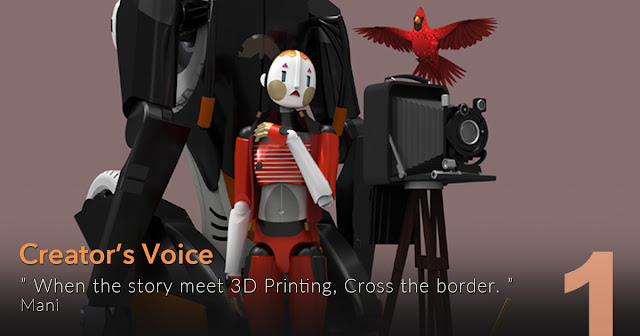 Mani’s work has its own narrative. He has experience that touched Japanese animes and Tokusatsu, and it seems that had a good effect on his creation. Now, his imagination is expressed vividly by 3D printers.


Q: What do you do usually?

M(Mani): I am a digital artist and art toy designer. I spend most of my time working on my art pieces or doing digital illustration for my brand/books. I do check regularly news on robot and Tokusatsu toys, everyday news around the world and I also love to see modern art, design and architectures.

Q: When did you originally start creative activities, apart from 3D printing?


M: When I was three years old I drew my father’s face. He still has that drawing and it’s
very well done haha. During elementary school in Iran I used to draw many robots from
my imagination. Later during my high school time I was heavily influenced by animes
like Macross and my math books were full of little technical drawing of Macros fighter
jets. Instead of actually answering the math exercises I was obsessed understanding
how the jet turned in to robot. Later when Internet arrived it became clear haha. 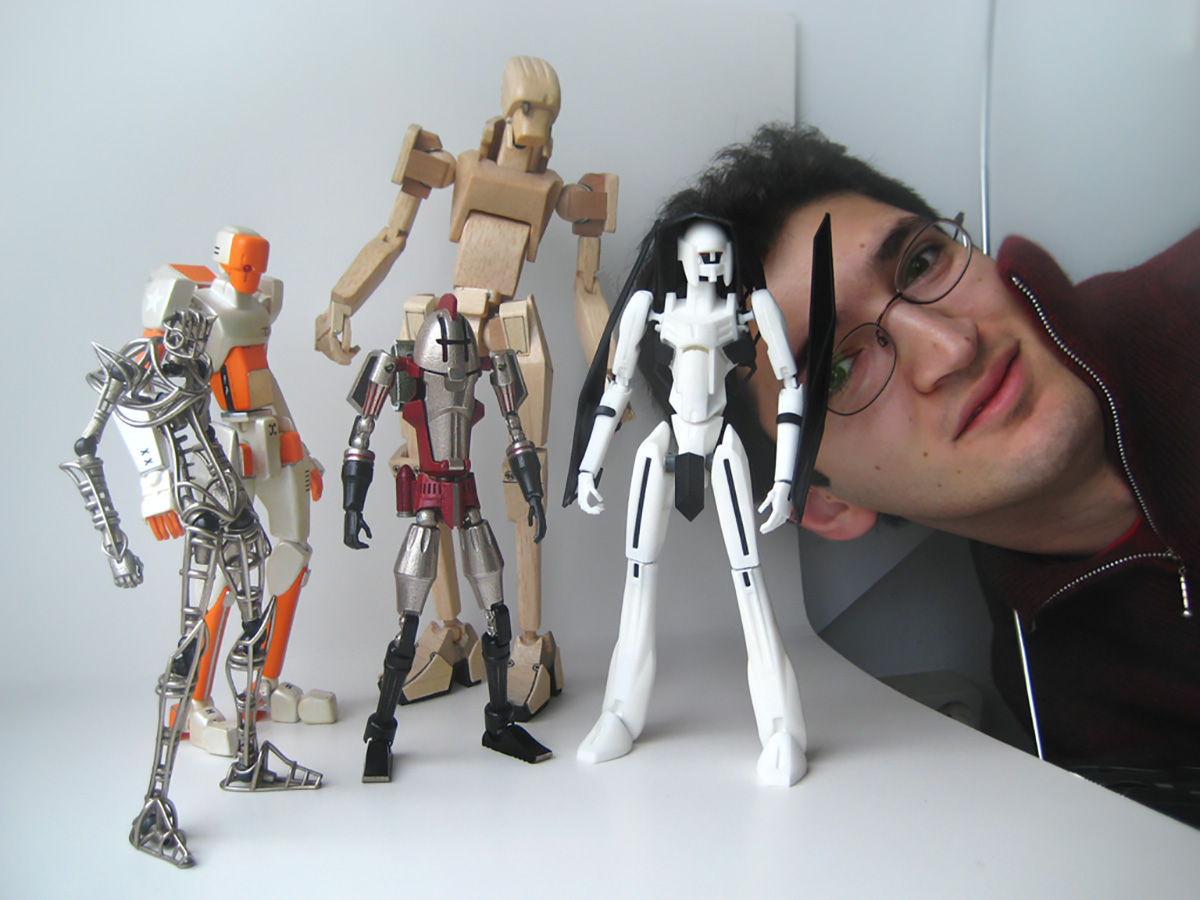 Q: What made you move into creative field?

M: All those exercise books full of robot and car sketches was the trigger for me to do my university studies in product design so I moved to The Netherlands for my bachelor
studies. In Netherlands I started making actual action figure-robots for my studies
which was great and that was the beginning of 3d printing age. When I got older and I
was introduce to modern art and the philosophy of creation I decided to take my
interest seriously and moved to Sweden for my master studies which was about
children culture and design I worked mostly on the effect of childhood in modern
society which led me to paying more attention to popular culture and craftsmanship.


Q: When you create something, what do you keep in mind?

First it’s all about story telling an object without a story to tell is boring and not worthy of
existing in this world (I suggest every artists and designers to think before creating). Then it’s about the shape. It has to be unique and in the same time represent my own style. If I love it people will love it. 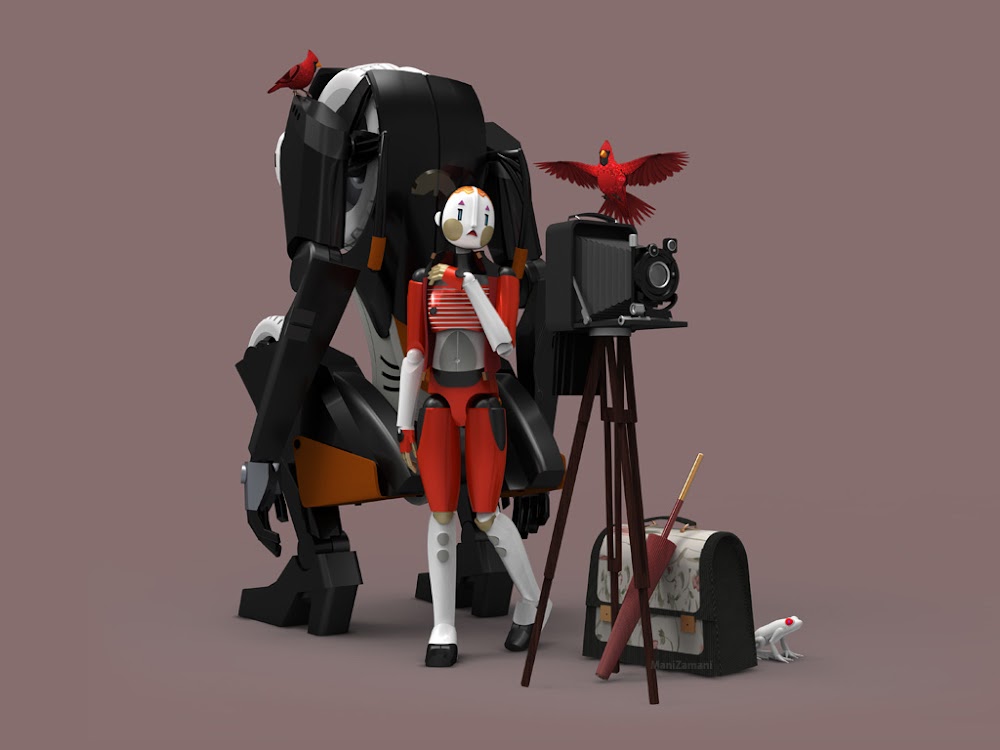 Q: From where do you obtain inspiration to get idea?

I get inspiration from multiple sources. Animes form master artists like Miyazaki Hayao,
Tokusatsu TV series and more serious sources like fashion, Persian architecture, Japanese
traditional crafts and even book I read from favorite writers like Haruki Murakami,
Modern artists like Yoshitomo Nara and my own personal life.

Q: What is the reason to make 3D printing works featuring Japanese animations or Tokusatu？

Japanese animation which is part of my childhood is just one ingredient for inspiration. My works has many layers.


Q: How did 3D printer affect your creative activities?

3D printing is freedom. I used to make my figurine from multiple materials like wood,
metal, plastic. So I spent more on solving technical problems than the story itself. But
with 3d printing I spend more time on story and visual shape. And it’s possible to do
all kind of crazy impossible to manufacture shapes and forms with 3d printing which is
great. 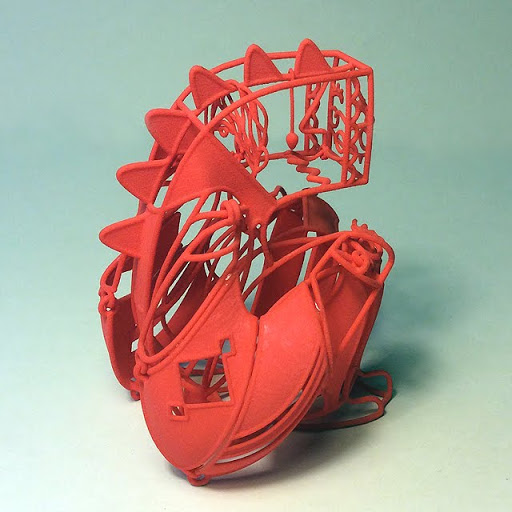 
Q: Which software are you using? How do you find it?


Rhino3D.
Easy to use specially for figuring out printability problem like loose shells and wall
thicknesses.

Q: Please let me know what you want to make next.

It should be impossible to produce with traditional methods of production in factories.
And when people in Rinkak take my work out of 3d printer they have to say WOW I
WANT ONE !!