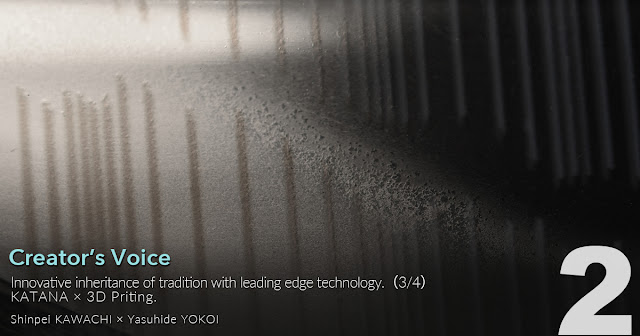 “The Sword’s Value in a Context”


Y: In the previous topic about products that cannot be valued, are swords and cultural assets discarded just because they have no value nor demand here in Japan and in this age? Where is the true value as a sword?

S: You mean that you want to know how we can judge whether they need to be preserved or not, isn’t it? For example, the swords which were found in castles, the swords brought by Hideyoshi or Kanbei (currently broadcasted as “Military envoy, Kurodakanbei” on NHK) or the swords handed down from the Kuroda family and Mori family, are necessarily preserved. If not, they aren’t. This derives from the philosophy, “the beauty of utility.” Generally, swords were considered to be consumables and needless to be left.

- To evaluate products in a context is not limited to art field, but historical and folklore items and resources may have strong tendency to do so.

S: It’s right. We are aiming to preserve them not only from visual evaluation, but also from evaluating value on academic aspect.


- This Japanese sword project “SUMISAYA” aims to make it not for conceptual displayed art, but for sales. In terms of handling items which have a negative impression of weapons, what kind of know-how did you use?

S: It is true that though some customers shows interest at first, but have a bad impression of weapons at the same time. It is the time when position like us, who are creators as well as salesmen and academic researchers, are needed to suitably persuade them as valuable products. (So do sword dealers and artisans.)

S: Some company presidents with wives sometimes visit my parents’ house as a trip to buy Japanese swords. When I guide them, their wives tend to fear of swords, considering the risks of placing them in their houses. A funny story we often talk about is that when a theft comes into a house and try to battle, what people do is use a knife or a stick or something familiar with them, and not Japanese swords. It is hard to come up with an idea to bring and use them.

S: Even if there is a Japanese sword there, people cannot use it unless they know a lot about Japanese swords. In fact, you cannot even pull out a sword from the case without enough know-how.

S: So you do not need to worry about the danger of the sword in a daily life. We sometimes explain this to customers with jokes.