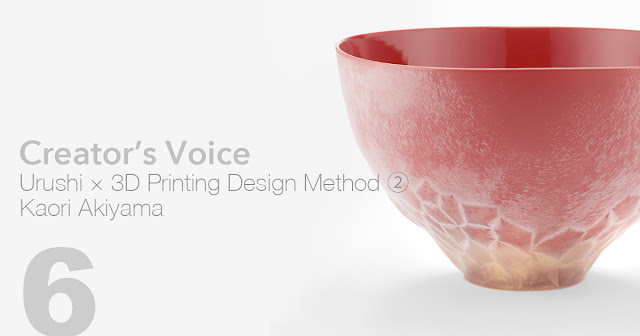 Rinkak has been challenging to the development of combining traditional crafts and technology. From the struggle, many projects were released such as indigo-dyed products and sheath for a Japanese sword. For the 3rd attempt, Rinkak launched a series of "Lacquer x 3D Printing". As a member of the collaboration project, the designer of "Kiri Urushi", Kaori Akiyama introduces his design method.

I focused my intentions on finding new ways to express the merits of both lacquer and laminating acrylics that exist in modern lifestyles through the form of the material, as well as finding ways to express fresh ways in which high technology and traditional handicrafts can meet. 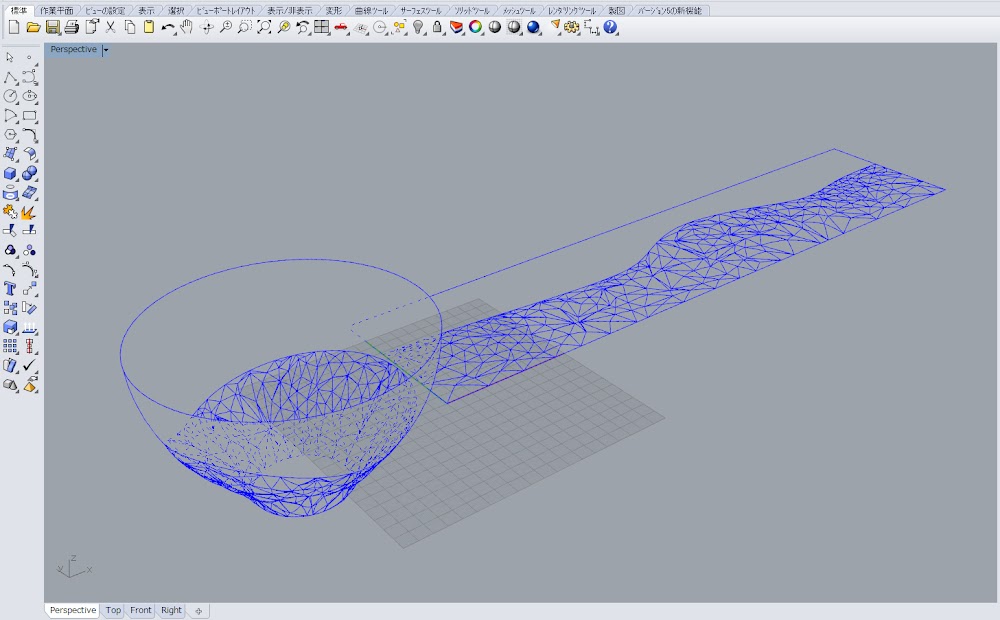 Essentially, it’s a space inside of obscurity where the traditional exterior treatment of lacquering, which carries a deep gloss, exists. I shaped the image so that in these modern times, in which I can control light, I can feel the beauty and gracefulness of lacquer, even in bright spaces. But, as not to have the exterior of the container express the lacquer itself, I used strips of acrylic laminate to give off a feel of transparent wood through 3D printing, and ended up with a an image of the lacquer rising through the “mist” with a whiff.


Without change, I used ancient lacquer ware elements on some portions as to allow viewers to perceive feelings of “translucence”, “depth”, and “coolness” as much as possible. Then, going from the waist to the trunk, I was able to express the transition into the thickness of the acrylics by distributing uneven frost and ice patterns. By lacquering even in the elevation, I was able to show off the inside-outside, interior-exterior relationship even more clearly. 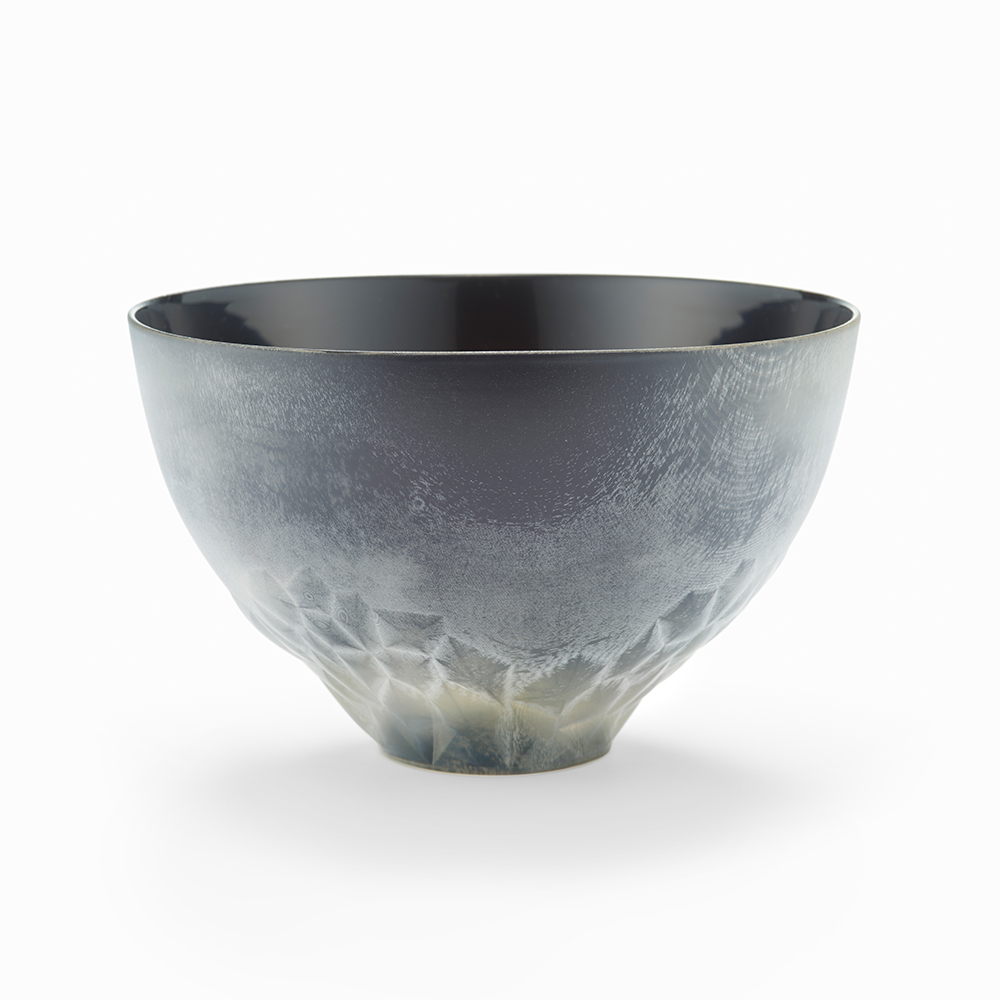 ◼︎About the technical aspects in realizing this product


Since I did not stray away from traditional lacquering techniques, there were not any real problems with the lacquered portions, but as far as the exterior portions that would be exposed the laminating acrylics, I had to be careful to completely follow food hygiene laws and also had to prevent the acrylics from turning yellow, so I had some big issues with the coated portions. However, I was able to meet a great coating company from Kanazawa called Wakayama, and they helped me overcome all the problems. I am truly grateful to them. 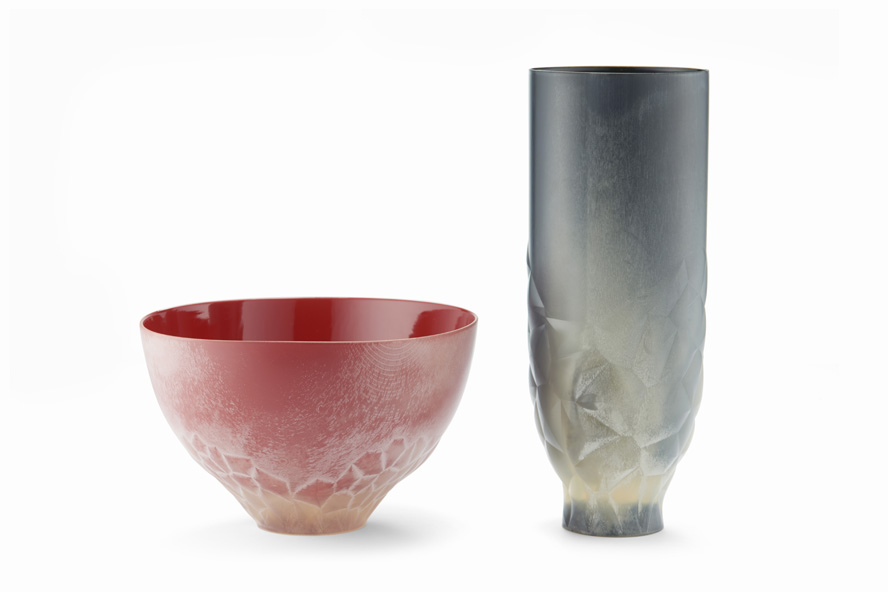 ◼︎Lastly (What kind of people would you like to use this?)

This project was aimed at the overseas market, so the sense of size was somewhat large.
I would like this to be used by those from other countries and cultures, who think in a more straight manner, and have it give them their first glimpses into the traditional culture and crafts of Japan. Of course, I would also be overjoyed if it symbolizes the kind of place where friends and family have gotten together to celebrate since olden times, even a little, to Japanese people.