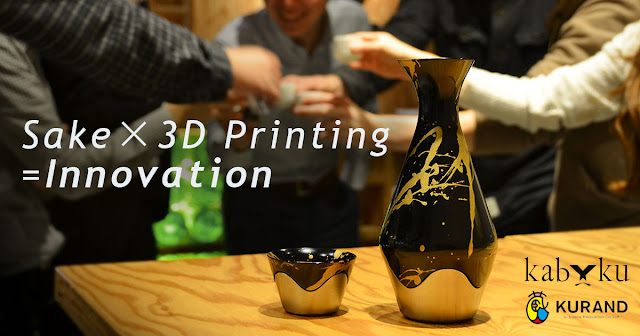 A new collaboration between Kurand Sake Market and Kabuku places 3D printing at the center of a quiet revolution in one of Japan's oldest traditions.

Sake holds a special place in the pattern of Japanese life. From weddings, to funerals, to after-parties on a Saturday night, sake has played a central role in Japanese culture since time immemorial. Liquor Innovation, the company behind Kurand Sake Market, now seeks to bring sake to the future with a new type of drinking venue.

And it's a concept that Kabuku can firmly get behind. The 3D printing company is also innovating on ancient practices with 21st century ideas. Its urushi sake set, on display at Kurand March 7-31, does this by fusing traditional Japanese lacquerware with stunning designs printed in stainless steel.

A New Type of Sake Bar


Visitors to Kurand Sake Market can experience a new way to drink sake, differing from the customs of Japanese *izakaya* bars in which the drink is traditionally consumed. At Kurand, you'll find a focus on experimentation and exploration, instead of simply on following the recommendations made by bartenders or other staff.

An evening at one of the Kurand Sake Markets is entirely organized around flexibility and self-service. You'll have the freedom to try over a hundred different kinds of sake with an untimed all-you-can drink experience.

A self-service policy allows you to choose from the many bottles that are available, and you're encouraged to bring your own food.

This makes for a casual, yet engaging exploration into new and alternative sake brands, all in a safe environment, with a water *kanpai* every hour.

It's a celebration of the diversity and quality of great sake, while representing a chance for you to educate yourself about sake and its many varieties produced throughout Japan.


The exhibition of Kabuku's urushi sake set does not simply enhance the experience of this sake exploration, but it shows how the traditions of sake consumption can remain fresh and contemporary even as technology moves the world forward.

The bottles and cups feature a gold-and-black *maki-e* design positioned atop a 3D printed stainless steel base.

Such bottle-and-cup sets have traditionally played a key role in how sake is presented, consumed and shared. Those who have gathered to drink together will take turns pouring each other sake into the smaller cups from the bottle placed between them.

Urushi lacquerware, likewise, has been a part of Japanese craft culture since prehistoric times. Formed from the sap of a tree related to poison ivy, it has been used to create everything from bento boxes to religious statuary, and lacquerware objects are counted among some of the most valuable treasures of Japan.

3D printing, on the other hand, represents a whole new frontier for the creation of craft and art. And Kabuku's urushi collection, which also features bowls for serving tea and other objets d'art, innovates on these ancient ideas with a vision for the future of production and manufacturing.

Together, Kurand and Kabuku seek to educate a new kind of sake drinker: one sensitive to the aesthetic traditions of the past, but attracted to innovation in all areas of culture. 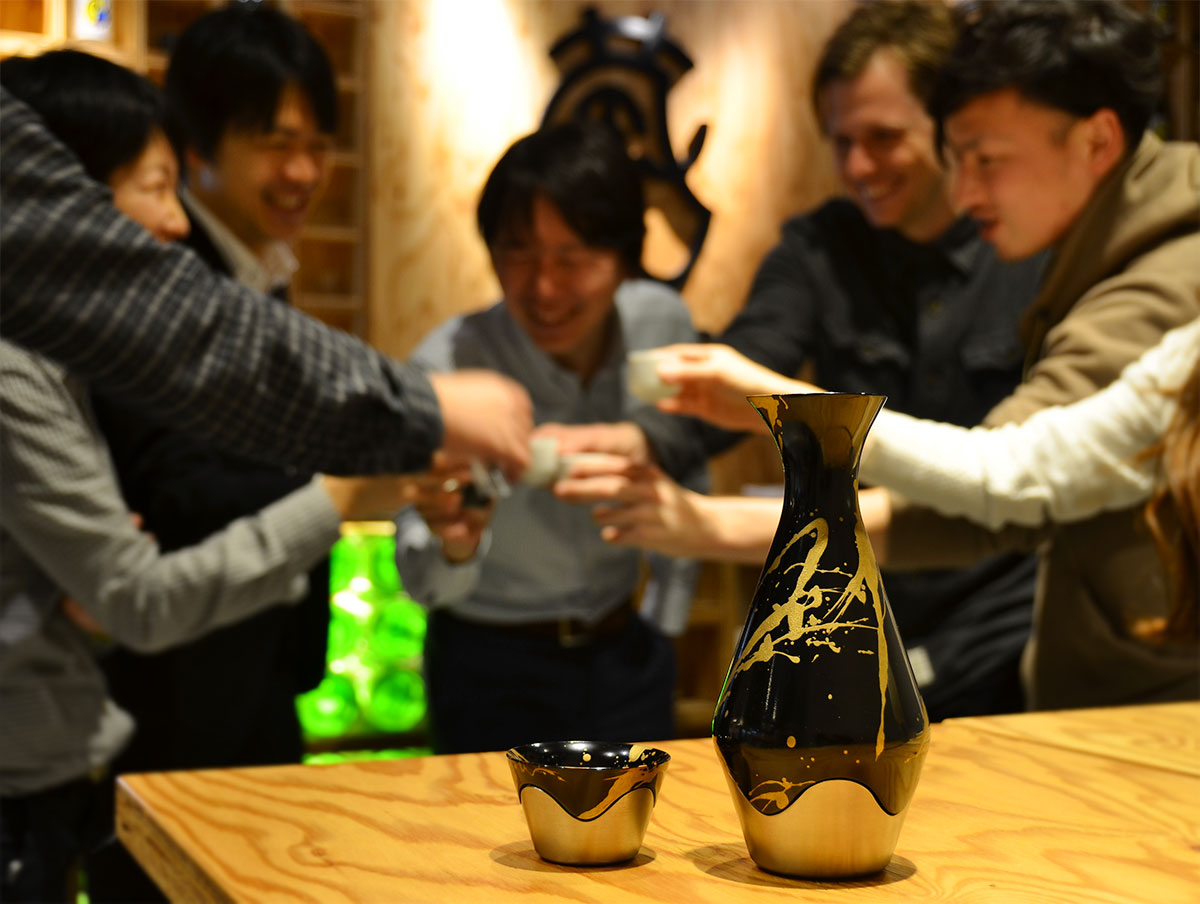 Innovation Starts with Children: Kabuku and Microsoft inspire about 3D Printing and Programming in Schools